Nice’s Christophe Galtier on facing Marseille: “There is a history.” 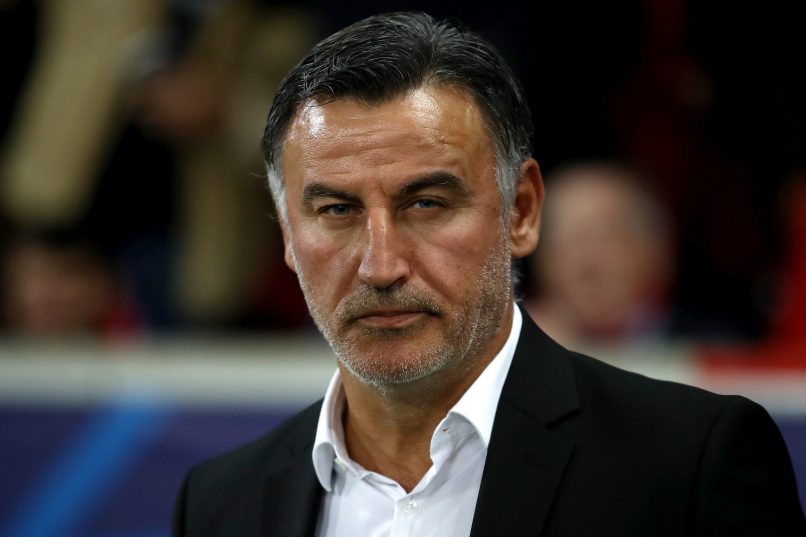 Speaking ahead of tonight’s replay of the Nice-Marseille fixture – transcribed in L’Équipe – Christophe Galtier has insisted that despite the circumstances surrounding tonight’s game, there is nothing more than three points at stake. Nevertheless, the Ligue 1 winner pointed out that owing to the “history” of the match, it was not a game like any other.

Tonight sees the two Mediterranean clubs face off in Troyes in a replay of the August match that was abandoned after 75 minutes, with Nice in the lead. After Dimitri Payet had thrown back one of the bottles he had been hit with, Nice fans invaded the pitch and set off a mass brawl involving supporters, players and even staff. As a result, Nice were docked a point and made to play several games behind closed doors, including today’s replay.

“It would be lying to say that it’s a match like any other. There is a history. This is the first time I’ll be playing Marseille three times in the league over a season. It’s an important match given the two teams’ positions in the table. And it remains a match against Olympique de Marseille.”

“First of all, thank you to the city and club of Troyes for hosting us. We’re going to play on a good pitch. It’ll be an extra trip, along with the fatigue that brings, but that’s how things were decided, so we’ll follow the decision. The environment will be something we saw last season with empty stadiums, but there will also be adversity on the pitch.”

“[On whether there is a feeling of revenge] Not at all. Three points are at stake. We lost one as a result of the disciplinary commission’s decisions. There’s no feeling of revenge here. Here, in Nice, nothing had happened between the players [during the initial match]. There arre simply three points at play, which are obviously very important because if we win we’ll be in a very comfortable position.”

Read More: Nice’s Christophe Galtier on facing Marseille: “There is a history.”

Tour de France: Vingegaard rides clear to win stage 18 and close on title – as it

Chris Froome out of Tour de France with COVID-19

The current overall standings in the Tour de France

Governments of Canada and Northwest Territories increase support for learning in…

Why are protesters sitting chained in the road during the Tour de France?