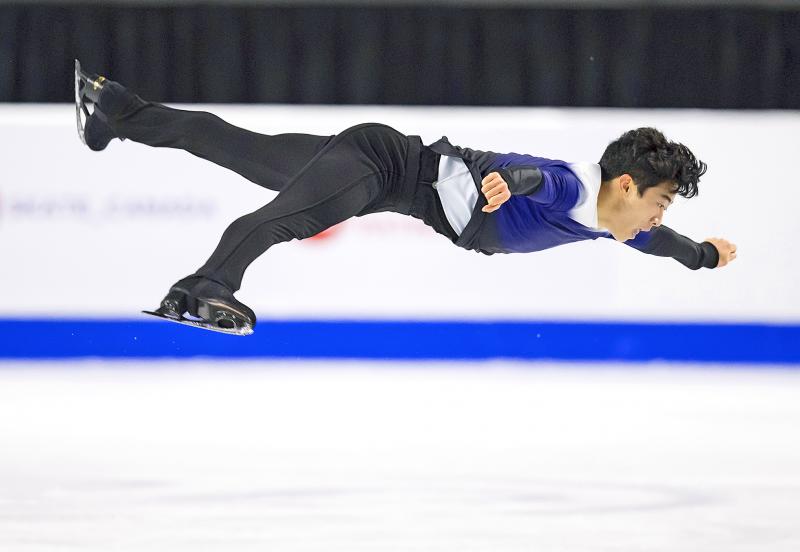 Valieva, who performs most jumps with both arms overhead, smashed her own record scores from Finland, posting 180.89 for her finale and 265.08 overall, even with a step out on her triple Axel landing.

With that, last year’s world junior champion established herself as an Olympic gold medal favorite with the Beijing Winter Olympic Games just 97 days away.

“I did today everything planned in my program, but I’m really excited about these scores, and I will try to do even better than that,” Valieva said.

“The triple Axel could have been better, but I’m not planning to add more [technical] difficulty,” she said.

Tuktamysheva hit two triple Axels in her saucy Arabian-themed routine (151.64), while Kostornaia had a rough landing on her jump (138.96).

Tuktamysheva finished the meet with 232.88 points to Kostornaia’s 214.54. For Chen, it was mission accomplished, as he rebounded from last week’s atypical bronze medal at Skate America with a masterful, yet somewhat less risky, skate.

He opted for four quadruple jumps rather than the six he attempted — with two misfiring — in Las Vegas.

Canadian Keegan Messing had a calamitous performance to drop from third to fifth.

“Always with competitions, I want to push myself a little bit forward even if it means taking out an element to be a little cleaner… I’m excited to go home, train and, hopefully, I’ll have another competition [in Osaka] five weeks from now,” said Chen, who is nursing a minor hip injury.

The 26 points Chen earned for his first and third finishes would likely be enough to rank among the top six who qualify for December’s Grand Prix final in Japan.

A look at some of the species at risk in Canada

Laurentian University emerges from creditor protection after insolvency early in 2021…

Posthaste: Don’t fall for the head fake, recession still in the cards for…