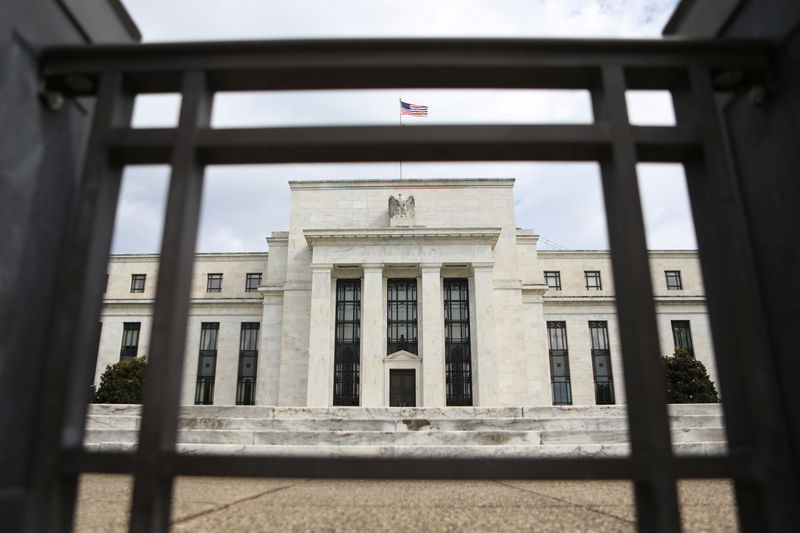 Investing.com — The Federal Reserve is expected to start taking away the punchbowl later, announcing the phase-out of its $120 billion monthly bond purchases. Zillow and Activision Blizzard (NASDAQ:) join the lengthening list of companies to erase most or all of their pandemic-era gains. Joe Biden and the Democrats are dealt a stinging loss in Virginia and oil slips after signs that high gasoline prices are hurting U.S. demand. Here’s what you need to know in financial markets on Wednesday, 3rd November.

The Federal Reserve is widely expected to announce the when its two-day meeting concludes at 2 PM ET (1800 GMT).  Consensus forecasts suggest the central bank will pare its purchases by $15 million a month, meaning that the tapering process will be complete in eight months.

There is therefore scope for a hawkish surprise if the Fed goes for a quicker timeline, as some regional Fed officials have argued for in recent weeks.

The bigger unknown is to what degree Fed Chair Jerome Powell will change his language on inflation in his at 2:30 PM ET. Powell has only recently started to acknowledge that the rise in consumer prices is broader-based and longer-lasting than the Fed had forecast. Any change in rhetoric here will be taken a coded warning of earlier interest rate hikes, which could also be telegraphed in the Fed’s ‘dot-plot’ of rate expectations.

Shares in Zillow (NASDAQ:) cratered and are in premarket trading, after the real estate company said it faced writedowns of over $560 million on houses it bought for flipping purposes.

The online realtor’s Zillow Offers business was slow to realize that the housing market, which boomed during the first year of the pandemic, was cooling off earlier in the year. It also under-appreciated the difficulties it would have in finding labor and materials to complete the refurbishments that are usually needed for a resale.

Zillow joins the lengthening list of stocks that have now either completely or overwhelmingly unwound their pandemic-era gains. Keeping it company this morning will be Activision Blizzard, which is trading at a 19-month low in premarket after also reporting a .

3. Stocks in holding pattern ahead of Fed

U.S. stock markets are set to open fractionally below the all-time highs they closed at on Tuesday, although trading is sure to stay subdued until the Fed meeting.

In addition to Zillow and Activision, stocks likely to be in focus later include Tinder owner Match Group (NASDAQ:), whose numbers also fell short of expectations late on Tuesday, and Humana (NYSE:), which reported earnings some 50% above forecasts earlier. Also in focus will be Facebook (NASDAQ:), sorry, Meta Platforms, after it said it will discontinue the use of facial recognition technology amid increasing scrutiny of its governance.

4. Dems punished for inaction in Virginia

Republican candidate Glenn Youngkin won the hotly-contested , in a contest widely seen as having big implications nationwide for next year’s mid-term elections.

Youngkin, a former private-equity executive, had concentrated on issues such as education, where he scored heavily in opposing the advance of Critical Race Theory in schools. He also appears to have benefited among swing voters by distancing himself from former President Donald Trump.

Exit polls indicated that his opponent,  the Democratic incumbent Terry McAuliffe, had by contrast failed to motivate his core supporters, in what analysts saw as with the administration’s and Congress’s ability to implement the agenda they had promised at last year’s elections. The Democrats’ key spending bill remains held up in Congress by opposition from Senators and .

Crude oil prices sold off after another unexpectedly large rise in U.S. inventories last week, which pointed to ongoing demand destruction as prices hit their highest in seven years.

The pain felt by U.S. drivers has led to President Joe Biden increasing pressure on major exporters at the Organization of Petroleum Exporting Countries to increase output. There’s still no suggestion that OPEC will go beyond the 400,000 barrel a day increase slated for December when it meets with Russia and others on Thursday.

The said crude inventories rose by 3.6 million barrels last week, against expectations for a much smaller rise. The are due at 10:30 AM ET as usual.

Druckenmiller is betting against the wider market, while seeing value in energy…

Tight Labor Markets Will Keep Pressure on Wages—and the Fed

Apple may have to slide a lot further before the market sell-off stops, trader says

Nanotechnology Market is Globally Expected to Drive Growth of USD 5.96 billion by…

Does The Market Have A Low Tolerance For Shriro Holdings Limited’s (ASX:SHM)…