She has wowed fans with her impressive weight loss journey.

And on Wednesday, Chrissie Swan showed off her slimmed-down frame as she enjoyed her 48th birthday with a lunch in Fitzroy, Melbourne.

The MasterChef Celebrity star was beaming in a picture posted to her Instagram Stories. 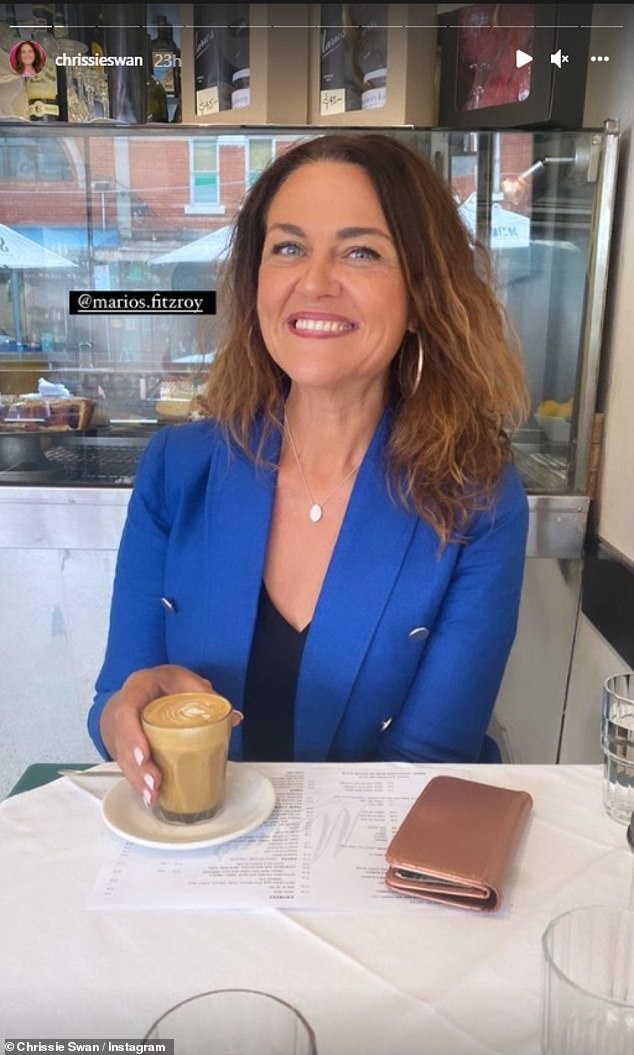 Birthday babe! On Wednesday, Chrissie Swan showed off her slimmed-down frame as she stepped out to enjoy her 48th birthday lunch in Fitzroy, Melbourne

She donned a blue tailored blazer and tight-fitted black trousers which accentuated her svelte figure.

In a follow-up post, Chrissie posed outside the Italian restaurant with her pal who had bought her a gorgeous bunch of flowers.

And the celebrations didn’t stop there, as Chrissie also enjoyed a pub lunch on Thursday, where she blew out her candles on a delicious-looking chocolate cake.

The TV and radio star also enjoyed a 10km walk on her big day. 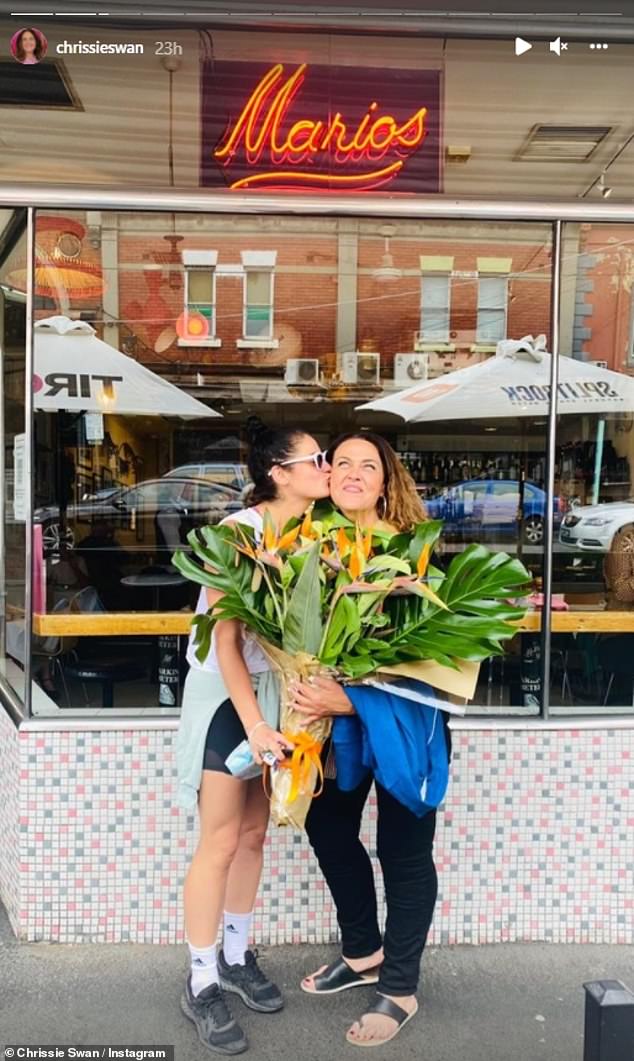 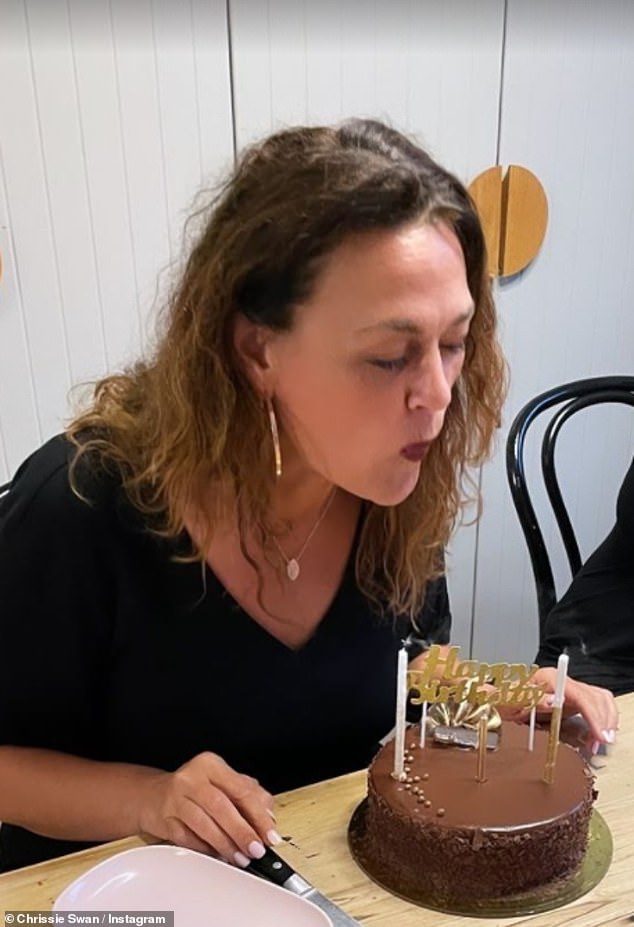 Cake time:  And the celebrations didn’t stop there, as Chrissie also enjoyed a pub lunch on Thursday, where she blew out her candles on a delicious-looking chocolate cake

Earlier this year, Chrissie revealed the surprisingly easy secret behind her weight loss, which ignited when Melbourne was plunged into lockdown last year.

In July, the the Nova radio host confirmed that as well as giving up alcohol, she now has a passion for walking every day and has taken up meditation to lead a happy and healthy lifestyle.

‘I’m not one for New Year’s resolutions but I’ve become serious about carving out some “me time” this year,’ Chrissie, who has been sober for well over 200 days, wrote on Instagram. 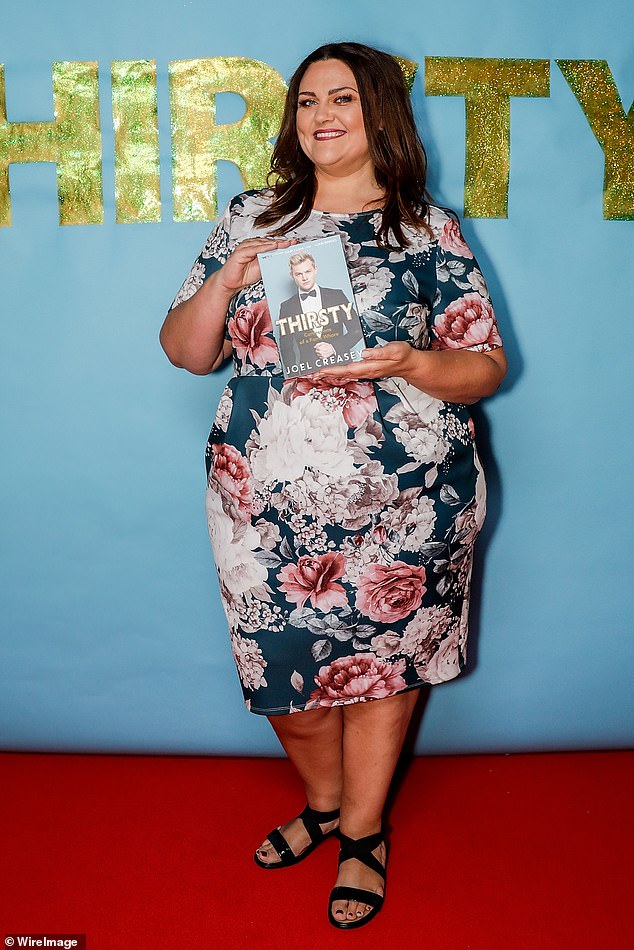 Looking good!  The TV and radio star flaunted her dramatic weight loss after giving up the booze and overhauling her diet, left. She is pictured in April 2017, right

After saying she had ‘read everything there is to read about self care,’ she took action during the city’s lockdown.

‘I’ve never done anything about it, until now. Learning how to meditate kicked it off for me and I realised after the first 10 min block that it was the first time in ages I’d stopped and slowed down with my own well-being top of mind.’

At the time, Chrissie revealed she ‘doesn’t put pressure on’ herself, but walks ‘somewhere’ most days. 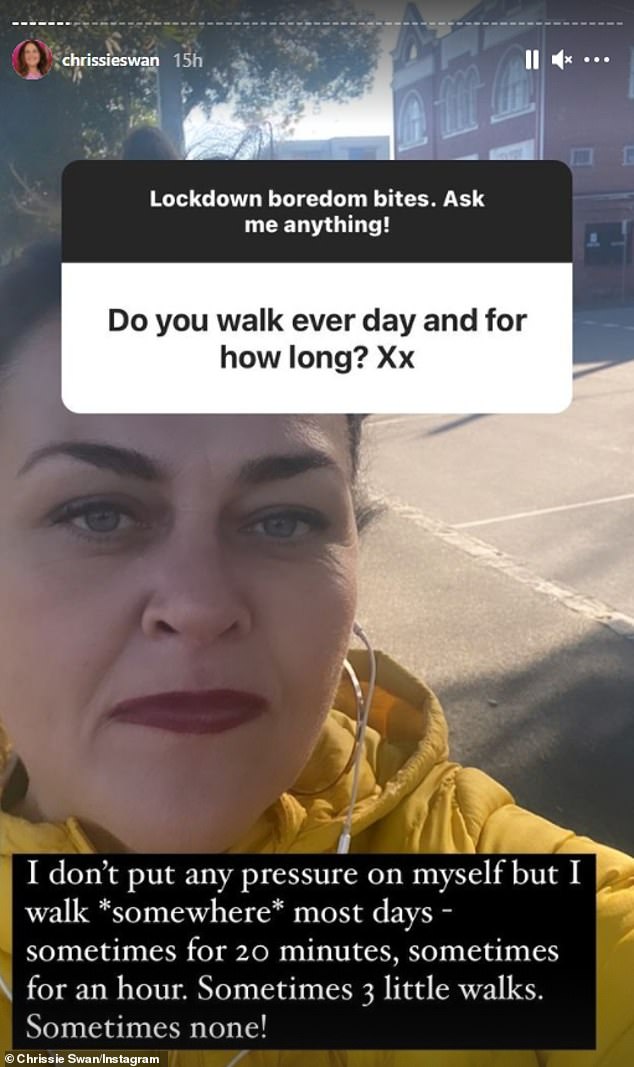 Motivation: In July, Chrissie revealed she ‘doesn’t put pressure on’ herself, but walks ‘somewhere’ most days

When a fan asked if she ever lacks motivation, she added: ‘The struggle is real. I get it and I have NEVER been a walker.

‘I always wear activewear or at least runners – like just put them on straightaway because that’s one less excuse. It’s when I can’t be f**ked I just say it’s 10 minutes. Always ends up longer. First step is the hardest.’

Chrissie is currently competing on Celebrity MasterChef Australia, which continues 7.30pm on Sunday. 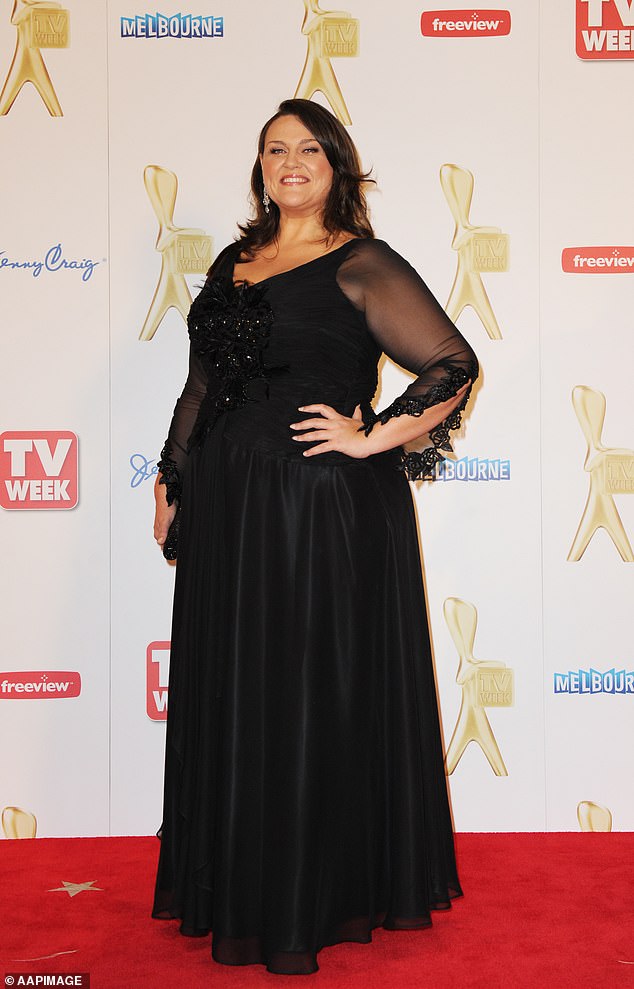 Before: The media personality is pictured at the TV Week Logies in 2011

How to freeze pie and pie crust

Health & Nutrition 101: Why You Should Consider a Healthy Eating Pattern

Don’t blame the turkey. Here’s what experts say is really behind your…

Changes at Ball Canning Could Destabilize the Craft Beer Industry