Putin hailed the “brotherly” ties between Russia and Belarus in a TV address after the two leaders signed a new package of measures in areas ranging from energy to defense.

What were the latest talks about?

They followed a deal reached in September to work together on 28 programs that moved toward a decades-old plan for a “union state” between the former Soviet Union members.

“We will together resist any attempts to interfere in the internal affairs of our sovereign states and Russia will of course continue to provide assistance to the brotherly Belarusian people — there is no doubt about that,” Putin said.

“We are striving to do everything to keep it that way forever, based on the will of our countries for unity,” he added.

Although the Eastern European partners did not discuss parliamentary or currency integration, the talks give Lukashenko a major boost amid tough EU sanctions imposed earlier this year.

Why is Belarus moving closer to Russia?

The EU clamped down on Lukashenko after he launched a ruthless crackdown on opponents to his almost 30-year regime. His government has jailed thousands of protesters who accused Lukashenko of rigging a 2020 election, even grounding a Ryanair plane to arrest a dissident blogger.

Belarus opposition members have criticized the package of new measures.

“In 2020 our people denied authorization for Lukashenko to sign anything on their behalf,” opposition leader Sviatlana Tsikhanouskaya tweeted.

The EU has accused Lukashenko of luring migrants from Africa and the Middle East before pushing them across the borders of Latvia, Lithuania and Poland in recent months as payback for the bloc’s sanctions. 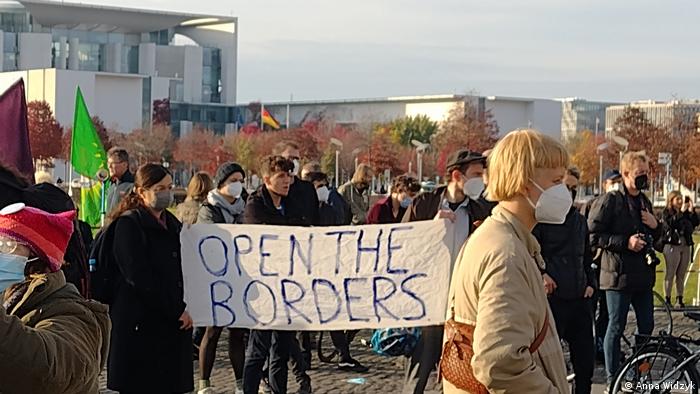 The situation has caused a humanitarian crisis along the EU’s eastern border, with migrants forced to sleep in forests besieged by EU and Belarusian border guards.

The Platonic Ideal of Macaroni and Cheese

Russia is looking for a pretext to invade Ukraine, Trudeau says | CBC News

Opinion: America has taken its eyes off the ball on Iran

China and Russia test the limits of EU power

Russia: One year after jailing, Aleksei Navalny and his associates in a “living hell”