Andre Domke, a restaurateur from Heringsdorf on the northeast German Baltic Sea island of Usedom, set a world record on Sunday for making the largest portion of herring salad to ever be served.

Because of requirements that the quantity produced must also be consumed, Domke’s 147-kilogram (324-pound) herring salad is hard to top.

Former professional boxer Axel Schulz and legendary boxing coach Ulli Wegner were in Heringsdorf to assist with the preparation and ultimate consumption of the epic-sized herring salad. 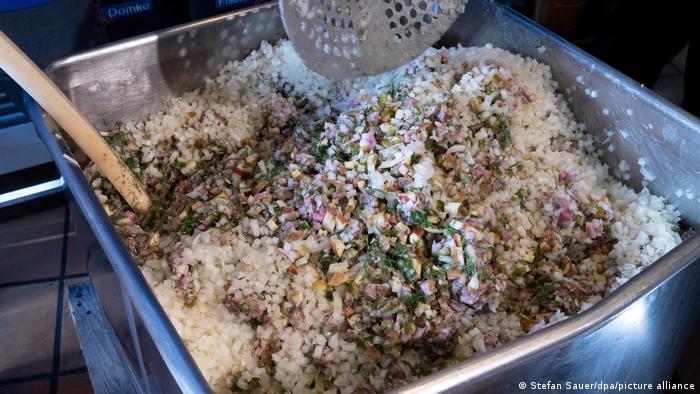 The record-shattering “heringshäckerle” on offer is a typical regional dish consisting of herring, apples, onions, dill and gherkins.

“The preparation is just one side of the coin,” said Domke.

“The challenge already starts in the planing phase, because I not only have to prepare and serve my record-breaking dishes true to the original recipe, but also have to ensure that they are actually eaten in accordance with the record rules.”

“Andre Domke’s ideas always continue to draw the interest of the public,” Kuchenbecker said. He added that it was the first time a world record had been attempted with a herring salad.

This article was written in part with material from German news agency dpa.

‘This is going to be one of the best Christmas seasons ever,’ market bull Ed Yardeni says