Changes at Ball Canning Could Destabilize the Craft Beer Industry

An aluminum can shortage that has stymied craft breweries across the country for the past twelve months took a turn for the worse this week when Ball Corporation unveiled new ordering restrictions that could have far-reaching — maybe devastating — consequences for both breweries and consumers.

The Broomfield-based company is one of several large manufacturers that haven’t been able to keep up with demand for cans as a result of changing consumer drinking habits brought on by the pandemic — basically, that people are drinking at home more often than at bars, resulting in a huge need for more cans.

For many small to medium-sized craft breweries — some of which had never packaged their beer prior to the pandemic — canning provided a lifeline for their businesses during repeated lockdowns and taproom closures in 2020. Being able to continue selling beer to go helped them get through 2021 as well.

But this week, Ball began notifying dozens, if not hundreds, of breweries nationwide that they now will be required to order five times as many printed cans as before in order to continue doing business with Ball.

Support the independent voice of Denver and
help keep the future of Westword free. 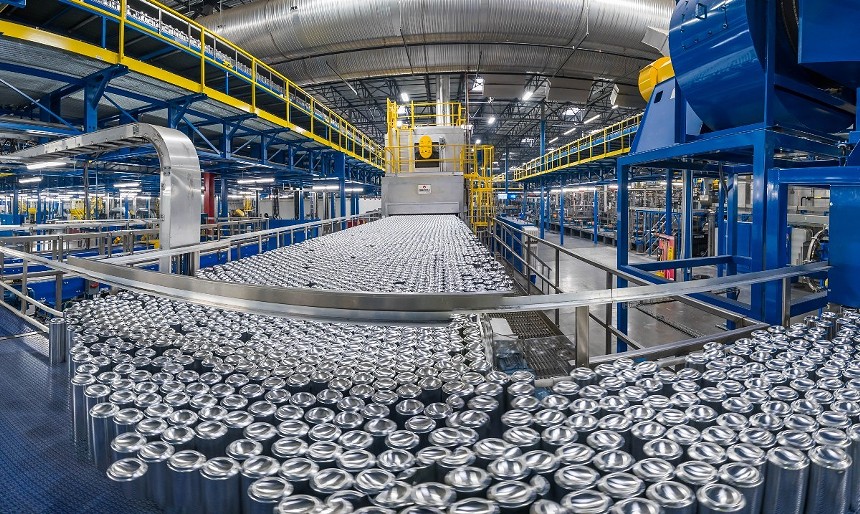 Ball Corporation is the nation’s largest can maker.

“Demand for sustainable aluminum beverage packaging continues to grow at an accelerated pace. Ball is making investments to bring additional capacity online, and in the meantime we remain in a tightly constrained supply environment for the foreseeable future,” the company wrote in a letter received by Colorado breweries this week. “To more effectively serve our non-contracted customer base, effective January 1, 2022, where supply is available, we will require a minimum order of five truckloads per SKU for printed cans, and we will no longer be able to warehouse inventory on behalf of our customers.”

Previous order minimums were 204,000 — enough to fit on a single semi truck. That minimum is now 1,020,00 cans, far beyond what most craft beer makers need or can afford or even store. Even some of the largest craft breweries in Colorado don’t need one million cans of each of their brands printed in a year, while many smaller ones don’t go through a million cans in total over the course of a year.

Ball did say that customers who don’t want to order that many cans can instead go through one of four distributors, who will be able to store and re-sell cans. Those companies can also add shrink-wrapped labels, although shrink-wrapping makes the cans non-recyclable. (That part is ironic, breweries point out, given how much of a public push Ball is making for recyclability at the newly re-named Ball Arena.)

But going through one of those distributors will make canning and labeling extremely expensive, say the owners of breweries like Dry Dock, Denver Beer Co., Upslope and others.

“It triples our expenses,” says Denver Beer Co. co-founder Patrick Crawford. “It would be cheaper to buy five truckloads of can and send four of them back to the recycling plant. … and it means that breweries are going to have to raise the price of a six-pack by thirty percent just to be able to stay in business.”

It also means breweries may not be able to make and sell as many of the fun, but limited beers that people enjoy, like DBC’s Peanut Butter Graham Cracker Porter, he adds.

Kevin DeLange, co-owner of Dry Dock Brewing, says the impact is going to be huge. “It is going to be painful. Prices are going to go through the roof.” Dry Dock has several planned new releases coming out in 2022 that DeLange isn’t sure he will be able to launch now. “For them to drop this on us six weeks out, I can’t believe the short notice, especially after craft breweries really embraced cans.”

To keep things going, breweries in Colorado and across the country are now scrambling to come up with alternatives. Some are trying to find other can makers, although many of those either aren’t taking new customers or are experiences capacity shortages themselves. Breweries are also investigating other ways to label their cans, but most of those options are cost prohibitive or may not work from a timing standpoint, says Henry Wood, the director of sales and marketing for Upslope Brewing. 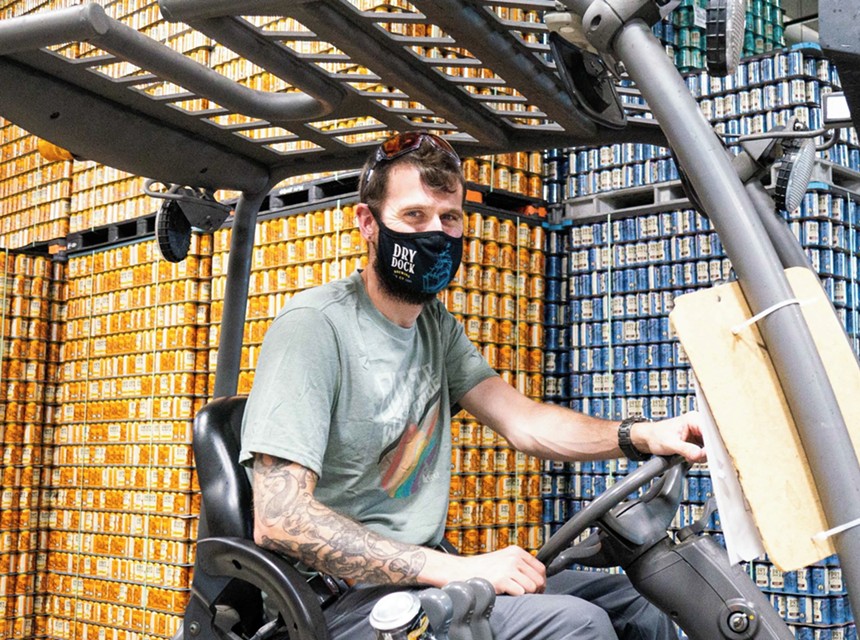 Breweries like Dry Dock are scrambling to find alternatives.

A few breweries, like River North Brewery and Sleeping Giant, have been notified that will not be able to order new cans at all, effective October 15, 2021, and into the foreseeable future.

“First we will look for alternative sources of cans. We are fortunate to also have a bottler, which we can switch to if the shortage goes on for too long. I hope that we do not have to go that route,” says River North founder Matthew Hess. “[It] is frustrating because the largest breweries can continue to prosper, while the mid-size and small breweries may be shut out of one of the … the rapid shift from bottles to cans.”

On Thursday, the craft beer industry’s trade group, the Brewers Association, issued an alert to its members, saying that, “Moving a large portion of small brewer aluminum can sales to brokers has the potential to increase prices for small brewers (through increased broker fees, additional labelling costs, and increased transportation cost), increase lead times, and potentially reduce the availability of cans for smaller brewers who can no longer meet minimums.”

The BA said it would continue to monitor the situation and is committed “to acting where possible.”

Urinary Catheters Market is Anticipated to Grow at a Tremendous CAGR of 6.63% and is

The Soil: let’s safeguard our own survival at least – Slow Food International

Valerie Bertinelli Uses This Under-$20 Kitchen Tool With Over 36,000 5-Star Reviews

McDonald’s unveils new concept to speed up the drive-thru

This tiny Park Slope restaurant is the toughest reservation in NYC

Switzerland Weighs Restrictions On EV To Conserve Energy – Could…

The Best PlayStation Games Of 2022 According To Metacritic

Amy Robach and T.J. Holmes taken off air by ABC News chiefs amid…

Updates From The Marvels, The Flash, The Acolyte, and More