Could China’s property tax break the back of its reeling property sector?

“We must actively and steadily push forward property tax legislation and reform, and carry out pilots well,” President Xi Jinping said in August when spelling out his vision to lead the Chinese people to so-called common prosperity, with property tax one of the few specific policies mentioned.

Homeowners and prospective buyers now have to factor in their potential liability for future taxes, which reduces property values
Rosealea Yao

After years of debates on the first recurring property tax, with only property transactions currently taxed in mainland China, a property tax law will be “promptly” drafted once the pilot schemes have been completed.

Under the law, both residential and non-residential properties will be taxed based on their values, but rural households will be excluded.

While no other details of the taxation plans have been revealed, the pre-announcement highlighted the determination of China’s top leadership to launch the nationwide property tax.

“Homeowners and prospective buyers now have to factor in their potential liability for future taxes, which reduces property values,” said Rosealea Yao, an analyst with Gavekal Dragonomics in Hong Kong.

The proposed tax rate is still unknown, but if it is one per cent, future tax payments will be equivalent to 20 to 40 per cent of a property’s value today, given the standard 70-year term of property rights in China, which represents a big change to household balance sheets, according to Yao. 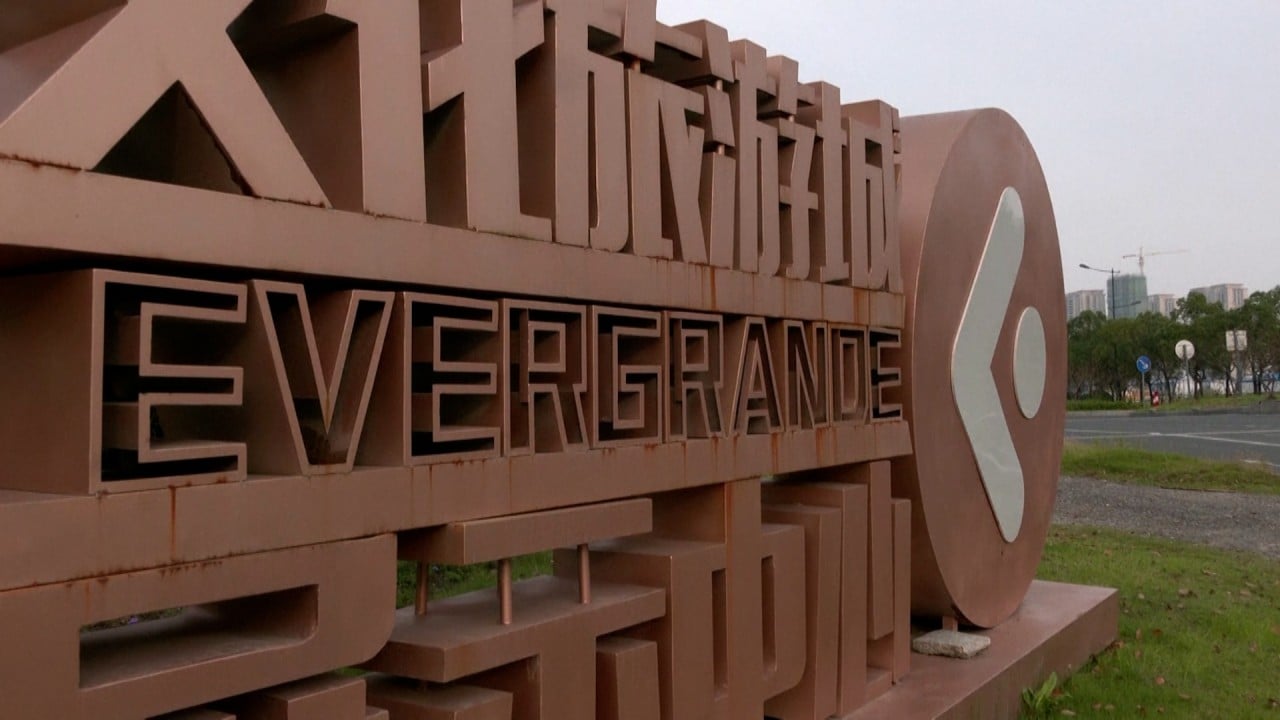 “Given that the property cycle has turned downward quite rapidly in recent months, the tax announcement risks amplifying the ongoing decline in prices and sales,” she said.

Private ownership of properties in China only started in 1998, but despite its relative short history, the likes of Shanghai, Shenzhen and Beijing are only just behind Hong Kong on the list of the world’s most expensive housing markets.

Local governments earn a significant part of their revenue from land sales – 8.4 trillion yuan (US$1.3 trillion) last year, compared to 10.1 trillion yuan from taxes, with the cost ultimately borne by the property buyers themselves.

Betting on a huge demand underpinned by a rapid urbanisation, China’s wealthy have been hoarding properties, waiting for prices to rise and selling them to become new millionaires and billionaires.

Average unit prices in China’s four so-called first-tier cities have tripled over the past decade, to around 55,500 yuan (US$8,693) per square metre from around 18,000 yuan in 2009, according to data from China Real Estate Information.

But to highlight the scale of the problem, residents’ annual per capita disposable income in Shanghai, the highest among mainland cities, was 72,000 yuan last year. Across the nation, the average income has doubled from 2010 but only to 32,000 yuan last year, according to the National Bureau of Statistics (NBS).

In the technology hub of Shenzhen where property prices have skyrocketed in recent years, the average cost of buying a flat was 43.5 times the average annual salary for local residents last year, according to a study by E-house China Research and Development Institute.

As a result, China’s Generation Z and its younger millennials choose to “lie flat” – doing the minimum to get by partly because their incomes mean it is impossible to catch up with the soaring home prices.

Known for his catchphrase “housing is for living in, not for speculating”, Xi has bombarded the property market with clampdowns on speculative investments in recent years.

Under his watch, mortgage rates, restrictions on purchases of second homes and taxes on property sales have risen, while the rules covering loans to developers have been tightened.

A hard landing of the real estate market poses limited threat to the financial system, but would have a severe impact on China’s real economy
China Finance 40 Forum researchers

Evergrande Group, the world’s most indebted developer, has been stumbling from deadline to deadline in recent weeks as it grapples with more than US$300 billion in liabilities, US$19 billion of which are US dollar bonds.

It took the world by storm after missing several interest payments to offshore bondholders in September and fretted China’s homebuyers alike.

The US Federal Reserve earlier this month warned China’s troubled property sector could pose “some risks” to the American financial system, pointing to the recent concerns surrounding Evergrande, while the Chinese government has shown little interest in bailing it out.

“A hard landing of the real estate market poses limited threat to the financial system, but would have a severe impact on China’s real economy,” China Finance 40 Forum researchers led by Zhang Bin wrote in an article in Caijing magazine last month.

“A property tax is needed and good for the long term. However, it needs a better timing to avoid serious negative effects on property sales in the near term.” 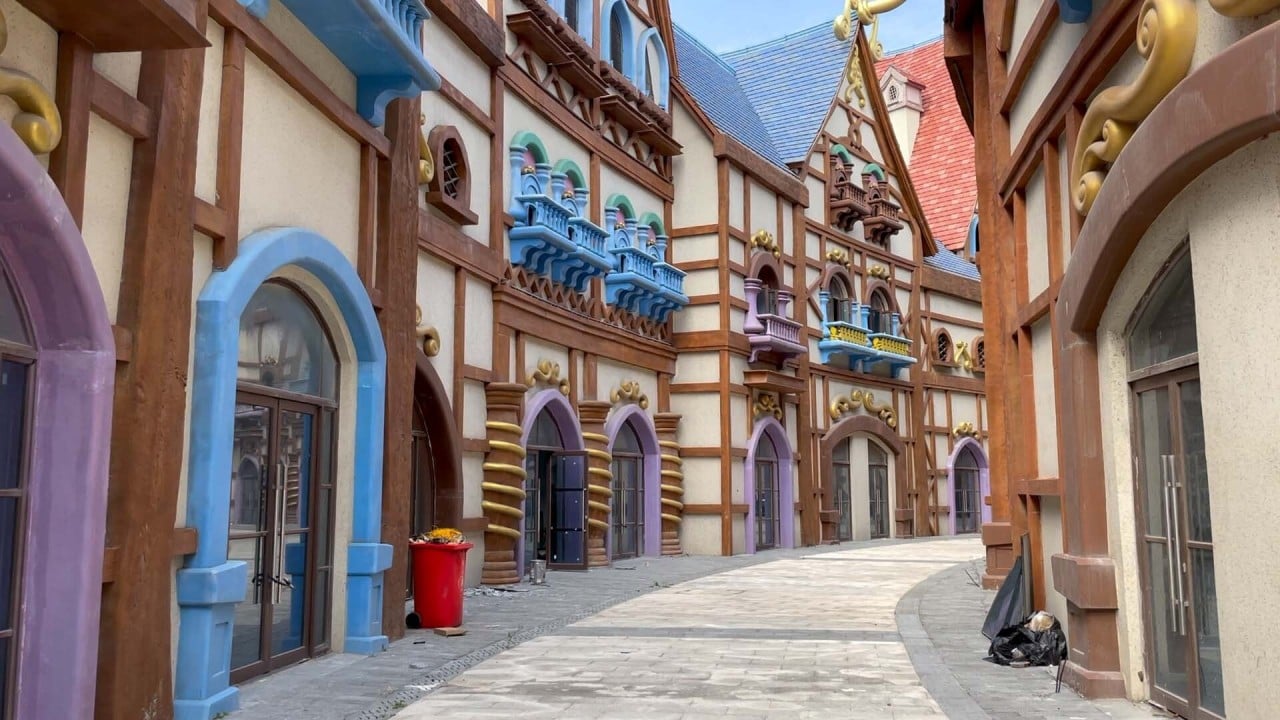 The property sector has long been China’s pillar industry, accounting for one quarter of gross domestic product (GDP) when indirect effects are included as it can impact demand for steel and cement to name just a couple.

This heavy reliance has not changed even since China has tried to rebalance the economy towards more consumption and away from investment and industry.

Output in the real estate and construction industries shrank by 1.6 per cent and 1.8 per cent respectively in the third quarter of this year, official data showed.

The growth rate of property development investment slowed to 8.8 per cent in the January to September period from 10.9 per cent in the first eight months of the year. New housing starts for the first three quarters also fell by 4.5 per cent from a year ago.

The weakness in property and construction has provided a major drag on China’s economy as GDP growth slowed to a worse-than-expected 4.9 per cent in the third quarter as Beijing’s tightening measures on the market and a debt and cash crisis at Evergrande started to ripple through the economy.

Last month, property starts and completions slumped by 33 per cent and 21 per cent from a year earlier respectively, while property investment in October dropped by 5.4 per cent.

In October, amid a quickly cooling housing market, the national home price fell for the second month in a row. Out of the 70 cities in the sample provided by the NBS, 64 cities saw home price decline, compared with 52 in September.

If expectation of a property tax causes the downturn to deepen, China’s economic growth will slow even further, as related industries from steel to cement, engineering machines and household appliances, will all be hit hard, affecting suppliers from home and abroad, according to economists.

“A more severe housing market downturn in China than we currently expect would slow China’s growth markedly and have a major impact on global growth,” Louis Kuijs, head of Asia economics at Oxford Economics said.

The baseline is that China’s property downturn will be “significant but contained”, due to a low stock of unsold housing, room for policy easing, continuing urbanisation and significant income growth, Kuijs added.

However, with a medium probability, the property downturn could be more pronounced like China’s 2014-2015 property slump.

Under the scenario, real estate investment growth would drop by 8.8 per cent in the fourth quarter of 2022. Consequently, China’s GDP growth would slow to 3.0 per cent and global economic growth would be 0.7 percentage points lower, according to Kuijs.

If China’s residential investments were to crash as much as they did in the United States and Spain in the 2000s, which is scenario viewed as having a low probability of actually occurring, China’s overall GDP growth would drop to 1.0 per cent in the fourth quarter of 2024, while global GDP growth would be dented by 1.6…

Read More: Could China’s property tax break the back of its reeling property sector?

Are Justin Trudeau’s ‘sunny ways’ over?

To Return to Growth, China’s Leaders Need to Accept a Hard Bargain

Biden to speak with China’s Xi Jinping about Russia

Will he go or not? Hong Kong awaits word on Xi Jinping visit

Opinion | Now Is the Time to Expose Chinese Corruption