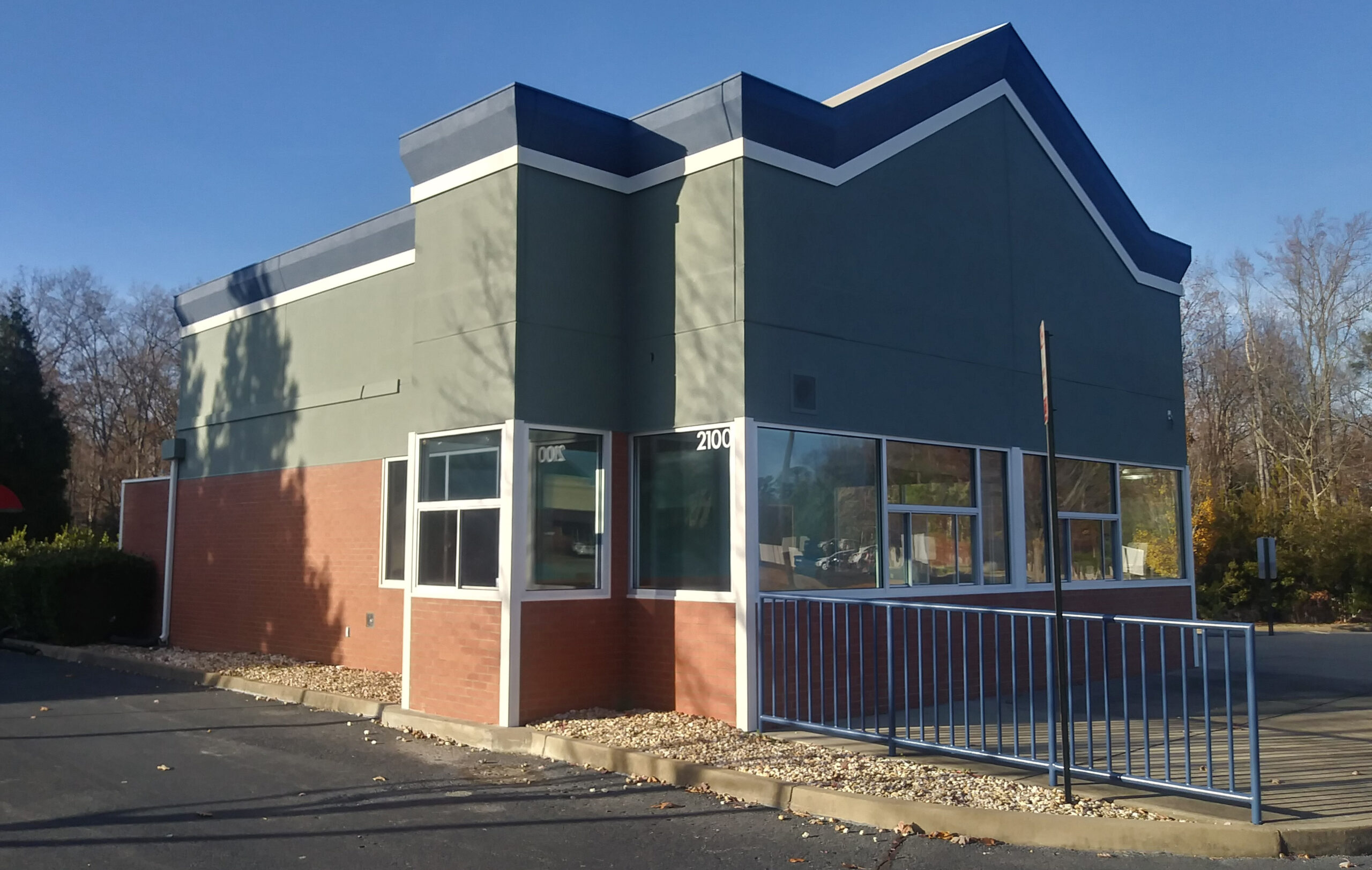 Ironclad Coffee Roasters plans to open a drive-thru location with a walk-up window at 2100 John Rolfe Parkway, which was once home to an ice cream store. (Jack Jacobs photo)

Bringing new life to a long-vacant former ice cream store, a Shockoe Bottom coffee shop is expanding with a grab-and-go outpost in the suburbs.

Dubbed Ironclad West End, the 1,200-square-foot location will offer both drive-thru and walk-up window service. The plan is to open in mid-February.

The new Ironclad won’t have indoor seating but owner Ryan O’Rourke said he plans to set up an outdoor seating area that will accommodate 50 to 60 people.

Ironclad’s coffee truck found itself making many runs into the neighborhoods near the upcoming drive-thru location while it operated during the pandemic, leading O’Rourke to the drive thru building. O’Rourke said he’s had an interest in such a concept even before Ironclad opened its cafe at 1805 E. Grace St. in 2018.

“A lot of those neighborhoods became regular stops for us,” he said. “In terms of local specialty coffee, it is for the most part a desert out there. We have people who come to the cafe in Shockoe Bottom from that area.”

O’Rourke’s vision for the drive-thru takes a page from the playbook of Chick-fil-A, which uses tablet-toting employees to take orders from drivers.

The menu will feature offerings like those found at the Shockoe Bottom cafe, though location-specific items are planned.

“The menu will be very similar in terms of core items. It’ll be very recognizable to people who come down to Grace Street,” O’Rourke said.

Ironclad pulled the plug on its coffee truck to focus on the upcoming second location. The company also scrapped previous plans for a cafe in The Current, a mixed-use development by Lynx Ventures in Manchester.

Ironclad also is planning a patio on a vacant lot next to the Shockoe Bottom cafe.

The company, which O’Rourke and his wife Kelly O’Rourke launched in 2016, roasts its coffee at 2830 Ackley Ave. in the Ackley Business Park in Henrico.

Scott Disick and Rebecca Donaldson: A Timeline of Their Relationship

Kris Jenner Invests in the Restaurant Behind the ‘Iconic Salads’ the…

A customer threw her drink at an S.F. restaurant employee over 25 cents. It’s not an

Tom Hanks on controversial ‘Elvis’ biopic: ‘What have I done?’

Helen Charlston on her first solo album, ‘Battle Cry: She…

For the first time during the pandemic, I tested positive for…