USD Pulls Back to 50% Fibonacci


The market will continue to be very noisy, but that is typical with this pair.

The US dollar fell rather hard against the Mexican peso on Tuesday to reach towards the 21 pesos level. It is worth noting that this is an area that has been resistance previously and was the scene of the major breakout that got us all the way up to the 22.25 pesos level. That being said, the market is likely to see a lot of interest in this area due to the fact that it is an area where there has been a certain amount of “market memory” involved, but there is also the fact that it is the 50% Fibonacci retracement level. This will attract a lot of longer-term traders that may have missed the move.

Latin American currencies can give great price movements.
Trade them with our featured broker.

Keep in mind that the Mexican peso is influenced by a multitude of things, not the least of which would be crude oil. Crude oil had a huge day during the trading session on Tuesday, so we may see the Mexican peso strengthen against the US dollar due to this. If that is the case, then we will probably go looking towards the 50 day EMA at 20.78 pesos, hanging about the 61.8% Fibonacci retracement level. The 61.8% Fibonacci retracement level will attract a lot of attention for potential support as well. However, if we do get a pullback in crude oil, it could very well have this market looking towards the 21.29 pesos level, which is the top of the candlestick for the session on Tuesday.

The market will continue to be very noisy, but that is typical with this pair. It is an exotic pair obviously, so you need to keep your position size somewhat small and then add to it as things work out. I do think this is an area where the US dollar may rally. Regardless, we need to see some type of resolution to this question, and I think the next couple of days could be crucial for this pair. In fact, it could determine where this pair goes for the next several weeks, which is the best way to trade this market, using it as a longer-term investment type of situation instead of trying to trade it from a short-term perspective. Keep in mind that if we do see money running away from the emerging markets, Mexico may get hurt. 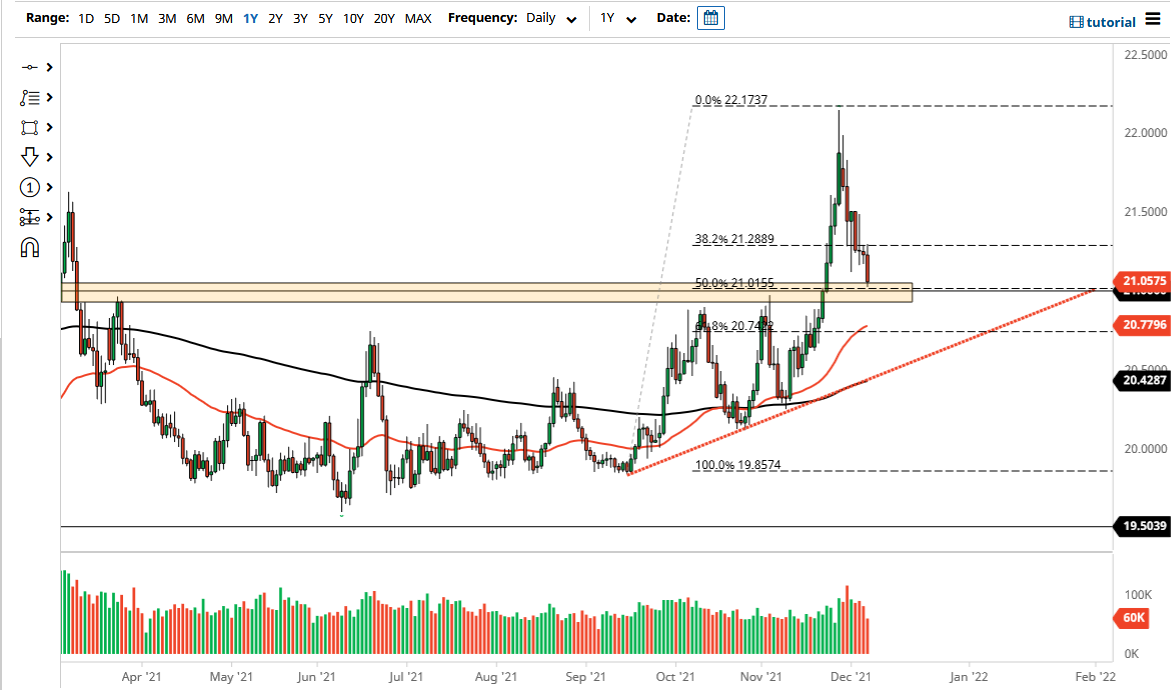 Forex Signals Brief for May 20: Risk Sentiment Keeps Switching On & Off

Forex Trading Tips to use during the crisis

Euro Caught in US Dollar Crosshairs as Volatility Grips Markets. Will EUR/USD Visit…