The tensions between Russia and Ukraine have a history that dates all the way back to the Middle Ages. The two countries share common roots which extend back to the East Slavic state of Kievan Rus’. This is why Russian President Vladimir Putin refers to the two countries as “one people.” But in fact the two nations’ paths have been divided for centuries, giving rise to two languages and cultures — closely related but nevertheless quite distinct. When Russia developed politically into one empire, Ukraine proved unable to establish a state of its own. In the 17th century, large areas of what is now Ukraine became part of the Russian Empire. After its disintegration in 1917, the country experienced a short period of independence before the Soviet Union reclaimed it by force.

In December 1991, the Ukraine, Russia and Belarus signed an accord that effectively dissolved the Soviet Union. Moscow was eager to maintain its influence in the region and saw the newly-formed Commonwealth of Independent States (CIS) as a tool to do so.  The Kremlin also thought that cheap gas supplies would keep the Ukraine in its orbit. But things turned out quite differently. While Russia and Belarus formed a close alliance, Ukraine increasingly turned to the West.

This didn’t go unnoticed by Russia, although it wasn’t enough to spark a conflict between the two sides during the 1990s. Moscow appeared unconcerned, since the West had no intentions of integrating Ukraine into its sphere of influence. Russia itself was economically depressed and militarily tied up in its wars in Chechnya.

Then, in 1997, Russia and Ukraine signed the Treaty on Friendship, Cooperation and Partnership, also known as the “Big Treaty.” With this agreement, Moscow recognized Ukraine’s official borders, including the Crimean peninsula, home to an ethnic-Russian majority.

Cracks appear in the post-Soviet friendship

The first big diplomatic crisis between the two sides occurred with Vladimir Putin at the helm in Moscow. In the fall of 2003, Russia unexpectedly began building a dam in the Kerch Strait near Ukraine’s Tuzla Island.  Kyiv saw this as an attempt by Russia to redraw national borders and the conflict was only resolved after a face-to-face meeting between the two presidents. The construction on the dam was halted, but cracks had begun to show in the friendly facade the two sides presented.

The tensions mounted during the 2004 presidential election in Ukraine, with Moscow throwing all of its weight behind the pro-Russia candidate, Viktor Yanukovych. The country’s “Orange Revolution” prevented him from assuming office. The election was declared fraudulent and the pro-Western candidate, Viktor Yushchenko became president.  Russia responded by cutting off gas shipments to Ukraine on two occasions, in 2006 and 2009, and also interrupted shipments into the EU. 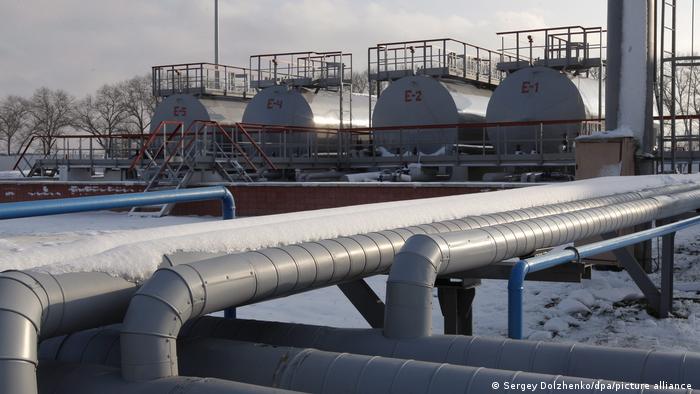 A section of gas pipeline 130 kilometers from Ukraine’s capital, Kyiv

In 2008, the then-US President George W. Bush pushed for Ukraine and Georgia to begin the process of joining NATO, despite protests from Russian President Vladimir Putin, whose government hadn’t fully accept Ukraine’s independence. Germany and France thwarted Bush’s plan and at the NATO summit in Bucharest, Romania, accession was discussed but no timelines for beginning the process were set. 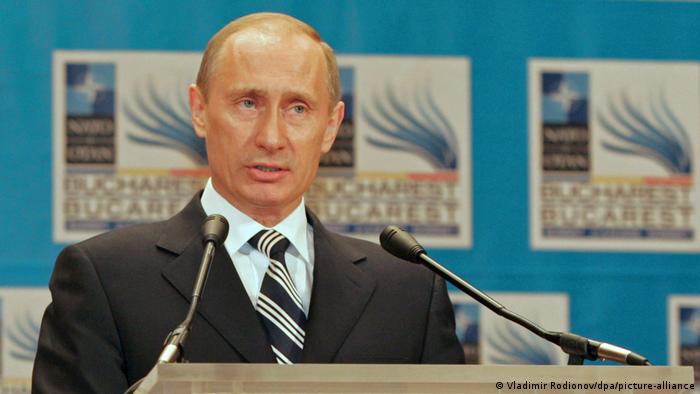 Because things didn’t go so well as hoped with NATO, Ukraine made another attempt at boosting its ties with the West with an association agreement with the EU . But in the summer of 2013, just a few months before the official signing of the document, Moscow played hardball and exerted massive economic pressure on Kyiv, which forced the government of then-President Yanukovych to put the agreement on ice. It effectively placed an embargo on Ukrainian goods headed for Russia, sparking massive opposition protests throughout the country.  In February of the following year, Ukraine’s president fled to Russia.

The Kremlin took advantage of the power vacuum in Kyiv and annexed Crimea in March of 2014. It was a turning point relations betwen the two countries and the beginning of the undeclared war between the two sides. At the same time, Russian paramilitary forces began mobilizing for an uprising in the eastern Ukrainian Donbas region and instituted Russian-led “people’s republics” or quasi states in Donetsk and Luhansk. The government in Kiev waited until after the presidential election in May of 2014 to launch a major military offensive, which it called an “anti-terrorist operation.”

In June 2014, Ukraine’s newly-elected president Petro Poroshenko met on the sidelines of the 70th anniversary of the D-Day celebrations in Normandy with his Russian counterpart, Vladimir Putin. The meeting, which would later be known as the Normandy Format talks, were under German and French mediation.

Around the same time, the Ukrainian army was able to push back the separatists, but at the end of August, according to Kyiv, Russia intervened militarily and on a massive scale. Moscow denied this. Ukrainian units near Iloviask, east of Donetsk, suffered a major defeat, which turned out to be a turning point in the war. It ended in September with the signing of a cease-fire agreement in Minsk.

War of attrition in Donbas

What ensued was a war of attrition that continues to this day. In early 2015, separatists went on the offensive once again, and, according to Kyiv, were supported by Russian troops who, prior to the fighting, removed their identification marks. This was also denied by Moscow. Ukrainian forces suffered a second defeat, this time near the strategically important city of Debaltseve, and were forced to withdraw. Western mediation would later produce what was to be known as the Minsk Protocol, an agreement which serves as the basis for peace efforts that to this day remain unfulfilled. 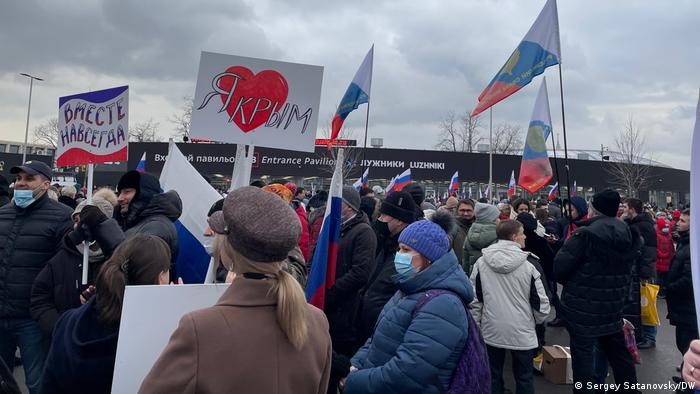 The last time there was a glimmer of hope in the region was in the fall of 2019, when some troops were withdrawn from both sides of the front lines. But the Normandy Summit in Paris back in December of 2019 was the last time the two sides sat down at the same table.  The Russian President currently has no interest in a face-to-face meeting with his Ukrainian counterpart Volodymyr Zelensky because Moscow says he is not implementing the Minsk agreements.  Putin continues to demand that the United States keep Ukraine out of NATO and that the country should not be provided with any military assistance. The NATO alliance rejects this demand unequivocally.

US plane brings equipment and munitions to Ukraine

The Stock Market Comes Back From the Brink

How US could strangle Russia into submission

Indigenous town in Mexico survives on remittances from US