But even the comparison to 1974 fails because back then, the Fed had already pushed short-term rates to 9%. Today: most reckless Fed ever.

And this “core PCE,” which understates inflation by the most, spiked to 4.7% in November, the worst inflation reading since February 1989, according to the Bureau of Economic Analysis today. Over double the Fed’s inflation target. And the trend doesn’t look good either: 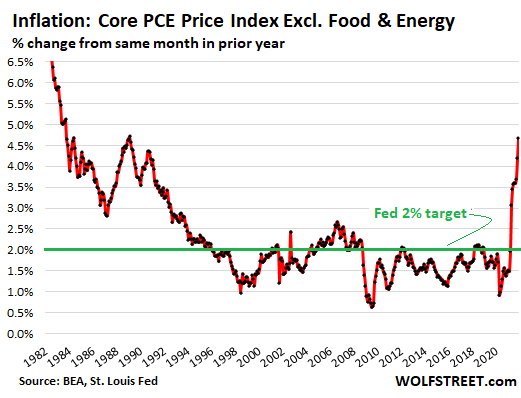 Inflation is shooting higher even as this Fed is still repressing short-term interest rates to near 0% and is still printing money hand over fist, though less than it did two months ago. And the Fed has finally backed off its ridiculous claims that this inflation, caused by enormous historic amounts of money printing and interest rate repression, is just temporary and due to bottlenecks and supply chains. 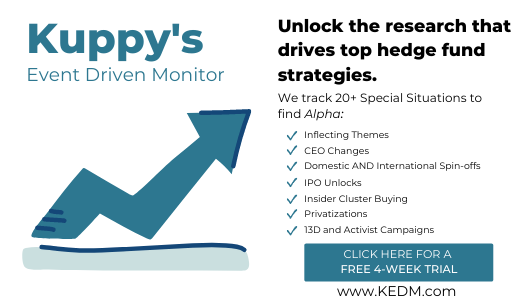 The overall PCE inflation index that includes food and energy, the second-lowest lowball inflation measure the US government produces, spiked by 0.6% in November from October, and by 5.7% year-over-year, the worst reading since 1982. 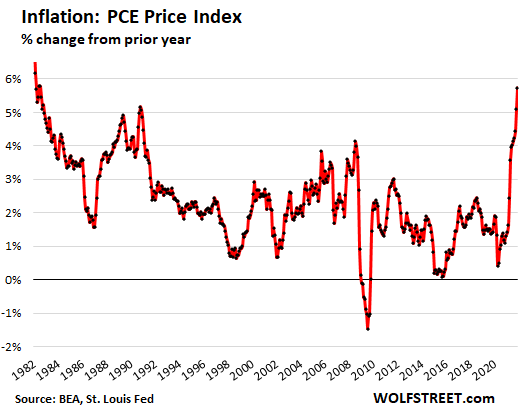 For having triggered this inflation, and for having refused to acknowledge it, and then for refusing to deal with it for a year-plus, this Fed will go down in history as one of the most reckless Feds ever.

In July 1982, inflation was coming down, short-term interest rates were over 12%, and coming down, “real” rates were a positive 6%, and the Fed wasn’t printing money at all.

The comparison should be between inflation today and inflation in 1974, when inflation was spiking just like it is spiking today, and when Powell was still in college. There is practically no one left at the Fed or on Wall Street with any professional experience in this type of inflation spike.

But even that comparison isn’t valid because in January 1974, with the same core PCE inflation reading as today, and spiking as today, the Fed had already pushed short-term interest rates to over 9%, compared to near 0% today.

That’s why this Fed will go down in history as one of the most reckless ever. Despite this massive spike in inflation, the Fed is still printing money and repressing interest rates to near 0%. It had been jabbering all year about this inflation going away on its own, and all year, this inflation has gotten worse and worse, driven by massive historic money printing and interest rate repression.

Markets know how to deal with bottlenecks and supply chain issues: Prices rise until demand for those goods collapses and shifts to other goods and services, and prices revert.

And you know what’s coming…

An image of Fed chair Jerome Powell, confronted with the consequences of his reckless monetary policies that he will now have to deal with, as imagined by cartoonist Marco Ricolli for WOLF STREET:

‘The right thing to do’: Canadians differ on holiday plans in light of Omicron threat

Recession ‘is here’ and will ‘last for awhile,’ former White…

Fed to stick to 75 bps hike in July; 40% chance of recession

Another major interest rate hike is coming from the Federal Reserve: Here are 5 ways…

Netflix Q2 subscriber loss widens, but not as much as feared

China holdings of U.S. debt fall below $1 trillion for the first time since 2010