Watch: Nani About Lack Of Unity Among Heroes 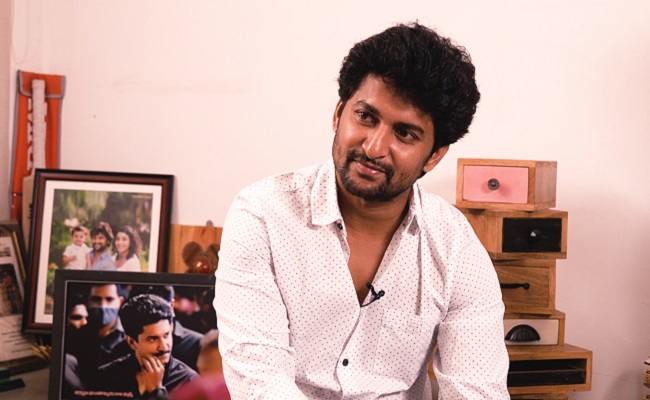 Nani gave an exclusive interview to greatandhra.com on the occasion of Shyam Singha Roy’s success. In this face-to-face, the topic of ticket prices has surfaced. To this Nani responded in his way.

Actor Nani openly stated that all the heroes should unite when there is a problem. He explained that whatever he said was little, but that it was made bigger by the people who didn’t pay attention to what he actually said.

He also confirmed that the problem is real and it is time everybody should come together which is not happening in Tollywood.

He also confessed that he is not insulting anyone, but only said that his father had a cafe store earlier and so he knows the problems of small stores.

Nani said, “Had everyone come on to a common consensus in the beginning itself, this problem wouldn’t have become this big. I will be happy if my opinion regarding the unity among heroes is wrong”.

It is known that the Andhra Pradesh government is strictly implementing GO 35 reducing the ticket prices. No heroes except Pawan Kalyan and Nani opened up on this so far.


Read More: Watch: Nani About Lack Of Unity Among Heroes

Dhanush on working with Russo Brothers in The Gray Man: ‘Felt I had to deliver, so…

‘The Bachelorette’ Is Already Melting Down Over Fantasy Suites

Ethan Hawke: Marvel Is ‘Extremely Actor-Friendly’ but ‘Might Not Be…

Brett Goldstein Sent His Parents to ‘Thor: Love and Thunder’ Without Telling Them…