German NGO Sea-Watch rescued hundreds of people from the Mediterranean Sea over the Christmas holiday weekend.

Some 96 people were rescued from a boat in distress in the Mediterranean on Sunday. It was the organization’s fifth rescue mission within three days, announced the group.

In total, the organization rescued around 446 migrants over the weekend, taking them on board the “Sea-Watch 3.”

Among those rescued on Sunday was a pregnant woman, and the youngest child rescued from the five operations was only two weeks old.

How many people have died in Mediterranean shipwrecks?

While Sea-Watch was able to reach several migrant boats in distress, dozens of people have died in recent days after overcrowded boats capsized in the Mediterranean.

An additional 28 bodies were found washed up on the Libyan coast on Sunday.

A boat sank near the island of Folegandros on Wednesday. At least three people were killed and dozens more are considered officially missing.

According to the United Nations Commission on Human Rights, the disaster off Folegandros was probably the most lethal wreck this year in the Aegean Sea.

According to UN data, an estimated 1,600 people have died trying to cross the Mediterranean this year.

Sea-Watch criticized the European Union’s migration policies, saying that while some managed to survive the dangerous crossing to Europe, “thousands of others had to pay the search for safety with their lives.”

What other rescue missions were successful?

On Friday, 92 men and boys were rescued from a boat in distress off the coast of southern Greece. 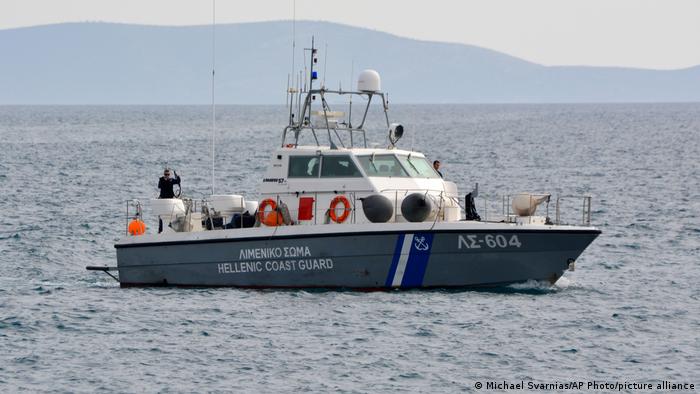 Three suspected smugglers attempted to escape on foot but were later arrested.

The Tunisian coast guard announced on Saturday that they had rescued 48 migrants who had set out towards Europe from the Libyan coast.

Italy is the destination of many migrants who come to Europe by boat, often setting off from northern Africa in a bid to reach EU territory.

Since 2015, nearly one million people, mostly refugees from the Syrian Civil War, have reached Greece having initially embarked from Turkey.