An article by Chinese President Xi Jinping on making continuous efforts to build a stronger digital economy in China will be published.

The article by Xi, also general secretary of the Communist Party of China (CPC) Central Committee and chairman of the Central Military Commission, will be published on Sunday in this year’s second issue of the Qiushi Journal, a flagship magazine of the CPC Central Committee.

The publication of the article comes days after the release of a government plan on facilitating the development of the digital economy in the 14th Five-Year Plan period (2021-2025).

Xi says in the article that the digital economy is becoming a crucial force to reorganize global factor resources, reshape global economic structure and change the global competition pattern.

China should give comprehensive consideration of development and security in its efforts to improve the digital economy, he stresses.

Underscoring China’s strengths regarding the huge amount of data and abundant application scenarios, he calls for efforts to give full play to these strengths to promote a deep integration of the digital technology with the real economy, empower traditional industries’ transformation and upgrading, and nurture new industries and business models. 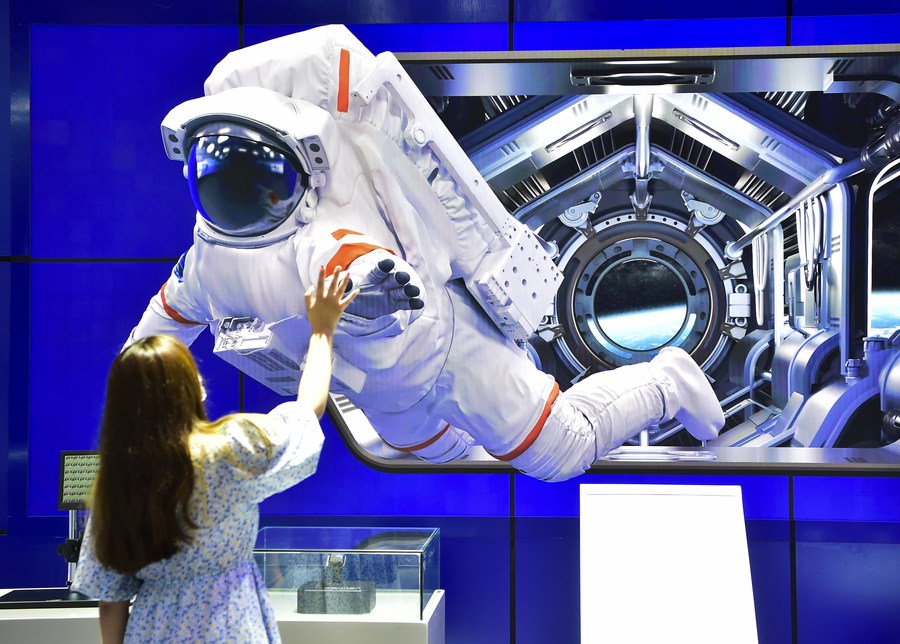 Despite the rapid development and remarkable achievements in recent years, China’s digital economy is not strong enough compared with the world’s leading powers in the digital economy, he notes.

Meanwhile, some unhealthy and irregular practices and trends have emerged as China’s digital economy has grown, he says. These problems not only harm the healthy development of the digital economy, but also break laws and regulations and threaten the country’s economic and financial security, he adds, calling for resolute measures to rectify and tackle these issues.

China: From follower to leader in the digital economy

Xi calls it a “strategic choice” to develop the digital economy as China taps into opportunities emerging from the new scientific and technological revolution and industrial changes. The healthy development of the digital economy is conducive to fostering a new development paradigm, modernizing the economic system and creating new competitive advantages, he says.

China is striving to build a “dual circulation” development pattern, in which domestic and overseas markets reinforce each other, with the domestic market as the mainstay.

Measures should also be taken to make the digital economy better serve and integrate into the new development paradigm, he says.

(With input from Xinhua)

Xi Jinping forced 10,000 people who fled overseas to return to China through an…

Xi Jinping steps out in US$700 parka, giving a boost to the stock price of…